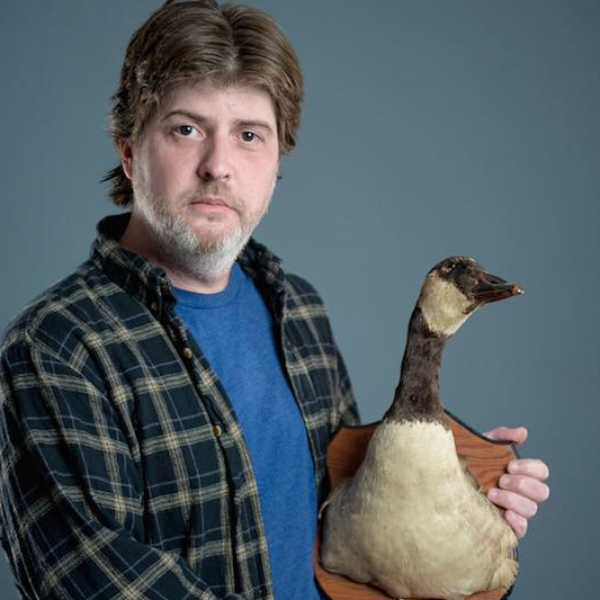 TO PURCHASE TICKETS: Please click on the showtime under the date you wish to attend.

Planet of the Tapes specializes in table service, with a convenient silent ordering system. Instead of leaving your table to get in line at a busy bar, just fill out a ticket with your drink order and a server will promptly and quietly bring your drinks to the table. We're a small room, and we're not overcrowded. You'll be no more than 25 feet away from your favorite performer.

Stewart Huff was born in Campbellsville, Kentucky and grew up in Knoxville, Tennessee. He has been performing comedy for over 15 years, beginning when he decided to drop out of college to become a writer. Currently touring theatres, comedy clubs and special events across the country, Huff reaches past the norm for his genuine — and genuinely unexpected — comedy. His knack for embracing the foibles of humanity and his refreshing originality make him as likeable as he is hilarious. A storyteller at heart, Huff continues to amaze with his clever material and personal wit.

Huff has performed in comedy clubs nationally and internationally, including the Improv in Los Angeles and New York, the Punchline in Atlanta and the Funny Bone in Omaha, as well as countless others.

A finalist in the 2006 Boston Comedy Festival, Huff was also invited to perform in the HBO Las Vegas Festival, where his act can be viewed on pay-per-view. Stewart was also the 2016 Critics Choice of the Best Comedy at the Orlando Fringe Festival.

He currently lives in Atlanta, Georgia with his girlfriend. There he drops off the various items he collects while on the road, including an antique barber chair, countless vintage photographs, and an extensive collection of LP’s. She likes this.

He is featured in the documentary Road Comics: Big Work on Small Stages, which was released in Fall 2009.