Looking for something fun to do during the week? Check out some of our free events below! No tickets needed.

Planet of the Tapes Presents: The Monday Night Mic

Planet of the Tapes Presents: The Monday Night Late Mic

A new comedy show that blends new and veteran comics, along with a special guest or two! Every Monday night at 8pm*

We also offer two drink specials on Mondays - $2 PBRs, and Mocktails are only $4!

Any fully vaccinated individual can sign up! Please note that this mic is run by June Dempsey and Greg Welsh - you can contact them via the "Planet of the Tapes Monday Mic" here.

All shows will be booked in advance, but life will happen and sometimes spots will open up, so it never hurts to hang out.

If you're a traveling comedian, let us know, and we'll try our hardest to accommodate you!

*If Planet of the tapes is presenting a ticketed event that night, the mic will be immediately following that event at 10pm.

Every Tuesday at 8pm, it’s Movie Trivia hosted by Greg Welsh. Compete in teams of up to 6 in a fun and funny battle of movie trivia to win movie-related prizes!

Every Tuesday at 8pm, it’s Movie Trivia hosted by Greg Welsh, with a twist! The first Tuesday of each month will be dedicated to everything TV from "The Lone Ranger" to "Mare of Easttown"! Compete in teams of up to 6 in a fun and funny battle of movie trivia to win movie-related prizes! 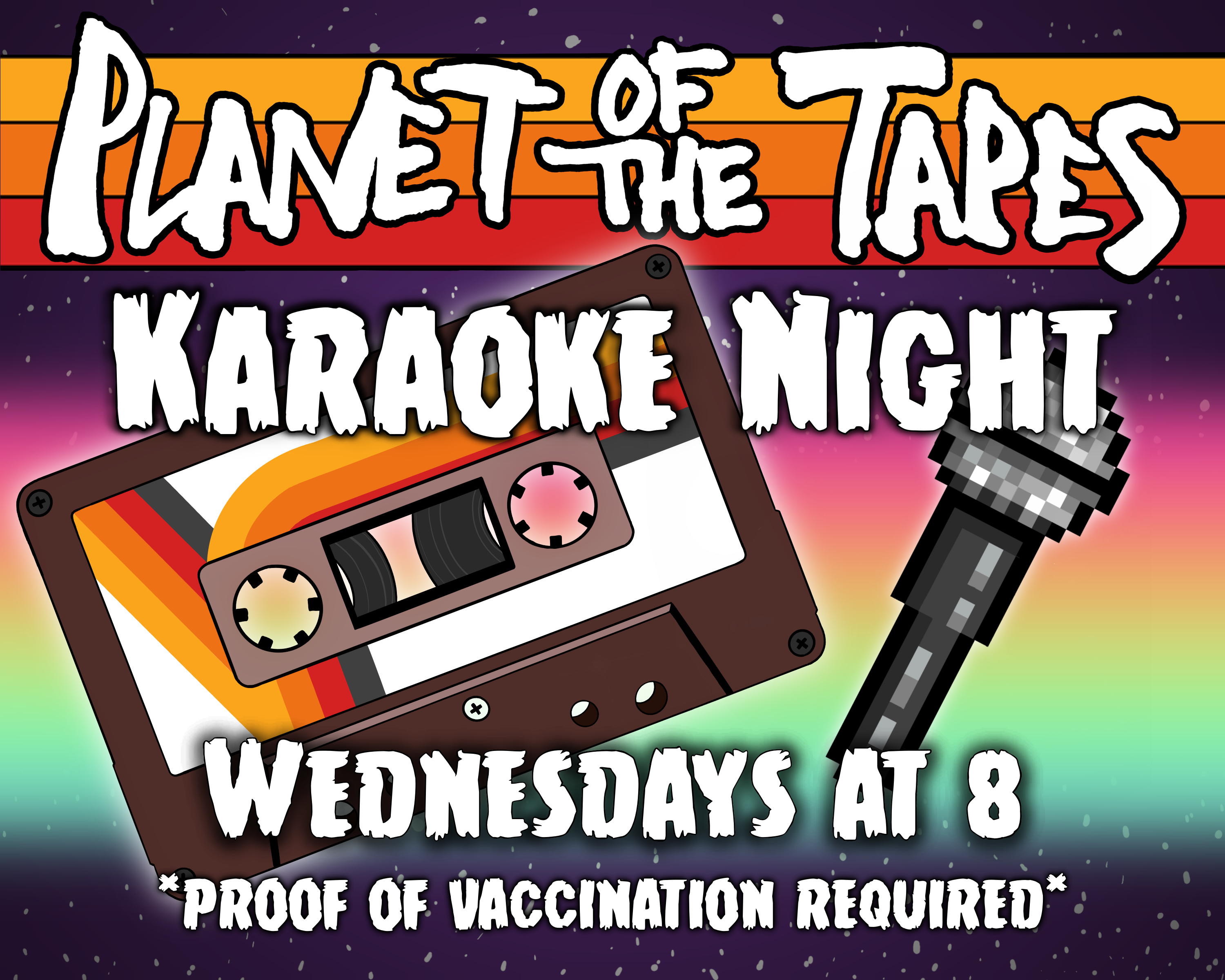 Come do karaoke at Planet of the Tapes! Big stage, big screen, and a selection that refuses to be stumped. Come sing an obscure tune or an old favorite. $5 drafts and other drink specials. Wednesdays at 8.

We Still Like You is back! Louisville's favorite storytelling show returns, this time in its new forever-home at Planet of the Tapes. We Still Like You is a show where four storytellers tell true stories of shame or embarrassment, and an artist depicts their story LIVE while they tell it. The stories range from hilarious to heartbreaking - you never know what you're going to get. We Still Like You occurs on the third Thursday of every month.